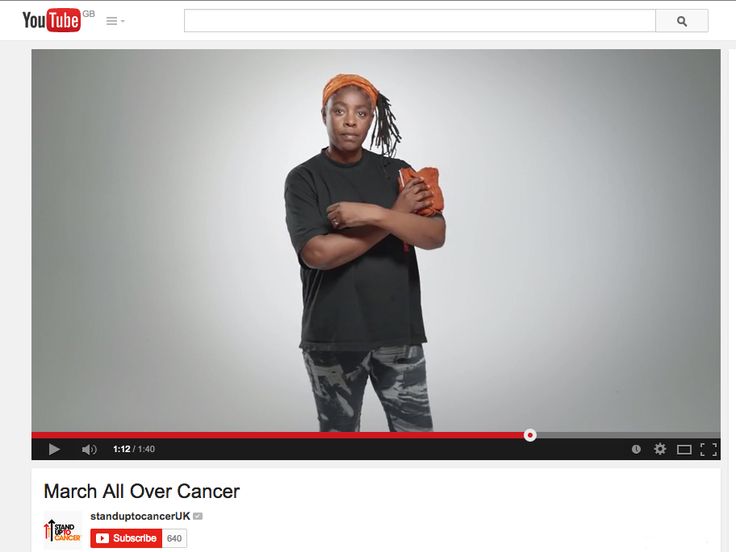 March on Cancer – Stand up to Cancer inspirational film

On Saturday 11 October 2014, thousands of people marched across 15 cities in the UK to March On Cancer. A rallying film was shown before each march, to inspires the marchers as part of Cancer Research UK‘s (CRUK) Stand Up To Cancer campaign. I was proud to  be asked to part. My dad died of prostate cancer so it’s a cause near to my heart.

In the film I am crocheting an orange Tunisian Crochet Scarf for a film created by the Conrad Designs Group who also assisted Cancer Research UK (CRUK) and Channel 4 develop their Stand Up To Cancer (SU2C) campaign. On Friday, 17th October Channel 4  the charity ran  a spectacular  night of fundraising hosted by Davina McCall, Alan Carr and Dr Christian Jessen.

The film is directed by Reuben Armstrong and Jamie Neale. I had the pleasure of teaching Reuben when I worked at Ravensbourne. He was an outstanding Moving Image student.

The yarn I used, Figgi yarn’s Chic Cotton -colour Henna Goddess was kindly donated by Xena Knits who I use for machine knitting supplies.  Xena Knits are the UK stockists of Figgi yarns. Figgi yarn are a brilliant company whose  aim is to  help to create new income for local trades and businesses, and a desire to support small spinners across Turkey by using luxurious Turkish cotton in Figgi Yarns’ knitting yarns.